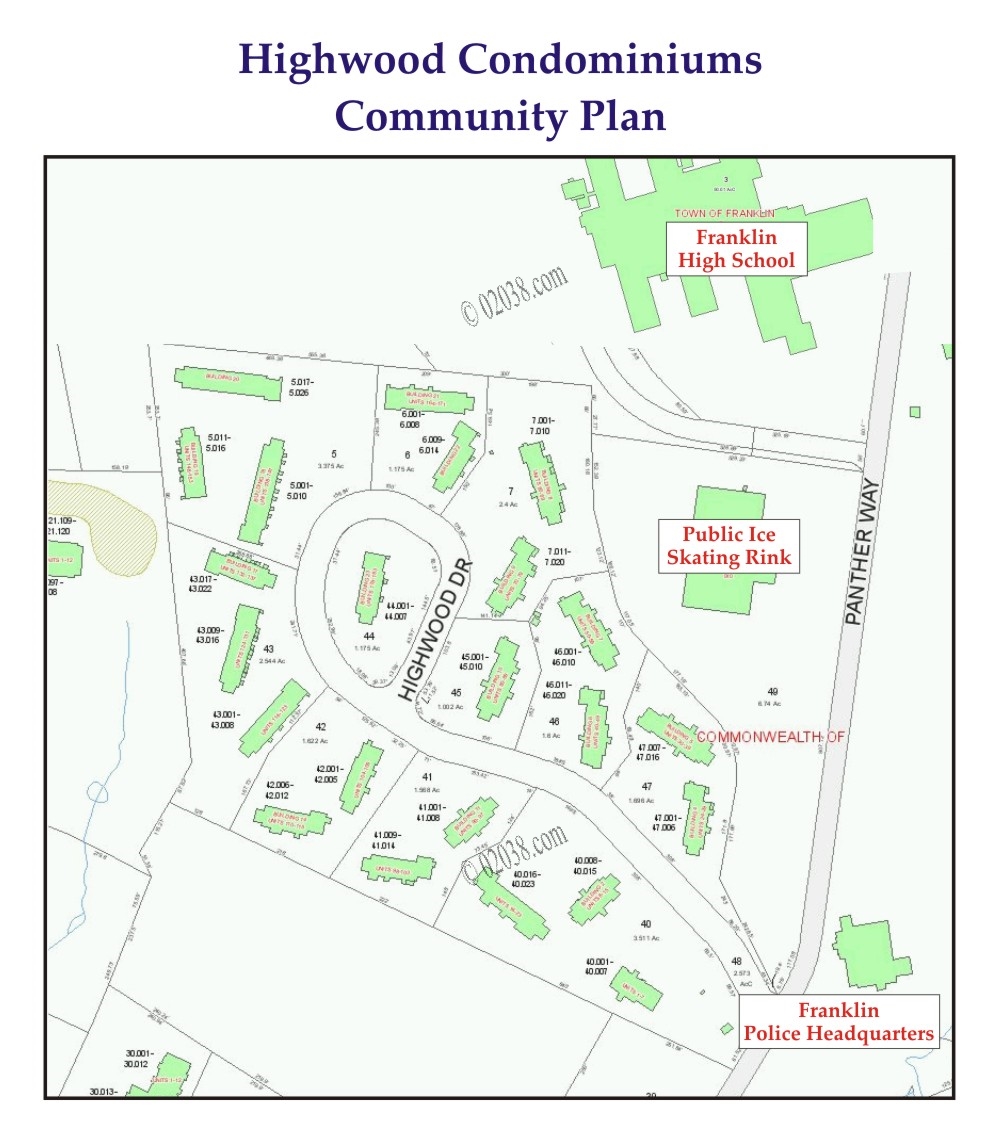 Highwood I is brick construction.  It has garden condominium units, townhomes and ranch-style units.  Heating is by heat pump and each unit has central air conditioning.

Highwood III is the youngest construction at Highwood.  It is characterized by vinyl exteriors.  All units are townhomes with some ranch-style units.  All homes in this phase have electric baseboard heat and wall air conditioners.   Unlike earlier Highwood phases, some units in Highwood III have basements.

Highwood has a superior location in Franklin, Massachusetts.

It is minutes from a large shopping center and lots of other stores, Interstate 495 and a commuter rail station with train service to Boston.

Franklin High School and a public ice skating rink are within walking distance of the Highwood community.

The following video will give you a brief introduction to the Highwood community: