The opening of the new Franklin High School this fall will enable the Franklin Public School system to pursue the ambitious goal of offering its students the “premier high school science program in Massachusetts” according to Peter Light, Principal of the Franklin High School.  Mr. Light recently alluded to this exciting prospect at an orientation held at the old high school for incoming 8th grade students and parents.

During his orientation presentation, Mr. Light described how the new high school’s state-of-the-art science labs and technology infrastructure will permit the school to offer new advanced courses and specialized instruction in science that the current outmoded high school facility simply does not allow.

Mr. Light confirmed at the 8th grade orientation that the construction of the new high school is on target for a timely completion.  The new facility will be operational for the start of the fall 2014 school year.

The official turnover from the construction contractor to the school department will take place in late July according to Mr. Light.  A date for access for students is not yet set as furniture will have to be delivered and set up before student are allowed to take a look. Tour dates for students, parents and the general public will be announced in coming months, Mr. Light said.

As detailed by Principal Light at the 8th grade orientation, there will be several new courses in science at the high school during the 2014 – 2015 school year, specifically because the new physical plant will allow them for the first time in Franklin.  The courses are described in the program of studies for the upcoming school year: 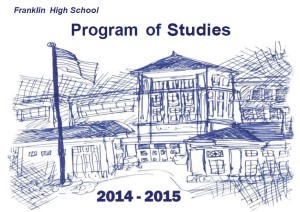 Tap the image above or follow the hotlink to download the entire program of studies at Franklin High.

Below are descriptions of the new high school science courses being offered by the Franklin, MA public school system: 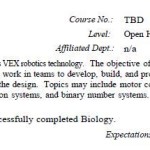 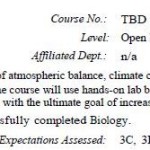 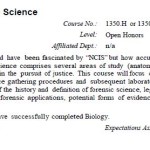 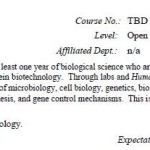 Tap (or click) on each image above to open the course description.

Just the start of the benefits of the new high school 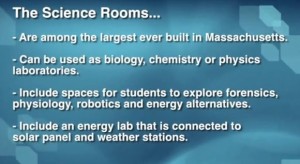 Tap or click on the image above or the hotlink to view a YouTube video of the new school as it is under construction.

The new science course offerings at the Franklin High School are just the start of the many tangible benefits the new high school will offer to students and the Franklin community at large.  Certainly we have already seen stronger interest by home buyers to live in Franklin because of the upcoming new high school.  We’ll be learning about more advantages created by the new high school in coming months as construction is completed and the facility gets ready to open.  Keep checking back here at 02038.com for updates as this exciting year in Franklin, MA unfolds!